Director of Sports Shahid Khan Afridi, while expressing deep sorrow over the demise of Shane Warne, said that he was shocked to hear the news. He was a role model, always wanted to play and learn with Shane Warne, the batsman. Afraid to face them, Warne ruled the world of cricket. Shane Warne also sent condolences on the death of Rodney Marsh. 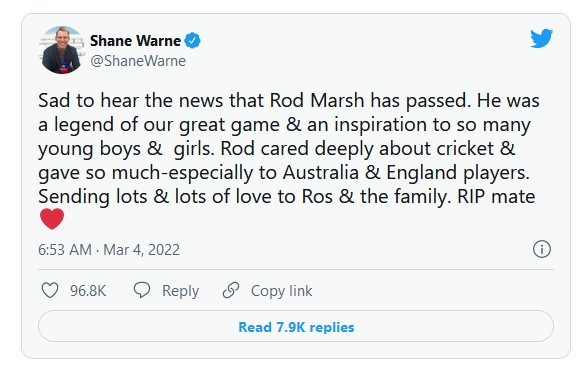 Rodney Marsh, another legend of the Australian cricket team and former wicketkeeper, died of a heart attack at the age of 74. He played 96 Tests and 92 ODIs for Australia.