Babar Azam has said Sri Lanka tour has been excellent!

National team captain Babar Azam has said that there was good preparation for the tour of Sri Lanka and this tour has been excellent. Talking to the media at the end of the Sri Lankan tour, Babar Azam said that the practice match before the Test series against Sri Lanka was very beneficial and the local condition was known.

Babar Azam has said Sri Lanka tour has been excellent!

Babar Azam said that in the second test match, unfortunately, difficult conditions were seen, but overall, the players have given excellent performance in the entire tour and the approach of the Pakistan team has been positive. He also said that endurance and patience are the biggest weapons in a test match, we could not form a partnership in the second test which led to defeat, it would have been better if we had formed a partnership and not lost wickets.

The captain of the national team said about the bowling that Yasir Shah, Naseem Shah, and the rest of the bowlers bowled well. He said that the second Test was shifted from Colombo to Galle, which benefited Sri Lanka, but the entire team played the matches as one, which is a good thing. Regarding the future event, Babar Azam said that after 10 days, he is starting the preparations for the series with the Netherlands. Regarding the Asia Cup, he said that the United Arab Emirates considers the condition of the UAE sufficient and is fully prepared for the Asia Cup 2022. 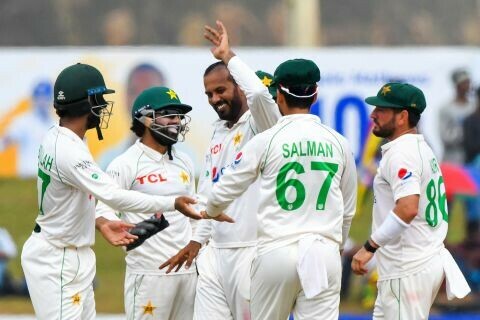