The Pakistan Cricket Board has announced that Bismah Maroof will be retained as the captain of the national women’s cricket team for the season 23-2022. This season, Pakistan is scheduled to play 25 matches, including the ACC Women’s Twenty20 Asia Cup and the ICC Women’s Twenty20 World Cup.

The season will begin this month with a series of three T20 and three ODI matches scheduled against Sri Lanka in Karachi. Following the series, the national women’s cricket team will travel to Belfast, Ireland, where they will play in the tri-nation T20 series against hosts Ireland and world champions Australia. The series will be played from July 12 to 24.

After completing the tri-nation series, the national women’s cricket team will leave for Birmingham under the leadership of Bisma Maroof, where it is scheduled to participate in the Commonwealth Games scheduled from July 25 to August 8. Like the ICC Women’s Cricket World Cup 2022, Bisma will travel to Belfast and Birmingham with her daughter and mother. The PCB will bear these costs under its parental support policy. Then in October, the Irish women’s cricket team is to visit Pakistan for the first time. The tour will include 3 T20 and 3 ODI international matches. After that, the national women’s cricket team will have to participate in the ACC Women’s T20 Asia Cup.

Shortly afterward, the Pakistan women’s team will arrive in Australia, where they will play a series of 3 T20 and 3 ODI matches against the host nation before the ICC Women’s T20 World Cup. Bismah Maroof, captain of the national women’s cricket team captain Bisma Maroof said that it is an honor for any player to lead her country and she is happy that she will continue to work in this position. Season 23-2022 Pakistan Women’s Cricket It’s the season and all the players are excited to perform at their best this season.

“Every match scheduled this season is very important,” he said. The bilateral ODI matches of the season will clarify the status of the Pakistan women’s team’s direct access to the upcoming ICC Women’s World Cup, while the T20 International matches are scheduled for February in the ICC Women’s T20 World Cup. 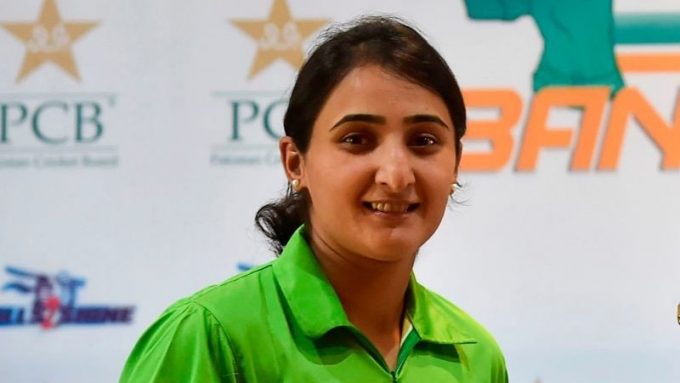 Bismah Maroof said that she is very grateful to the Pakistan Cricket Board for her full support in her cricket career so far and for maintaining the work-life balance after the birth of Fatima. Bismah Maroof made her debut against India in December 2006 at the age of 15. She is the only Pakistani woman to score more than 5,000 international runs. She was named captain of the national T20 team in 2016 and the national ODI team in 2017.