The fast bowler from Larkana was suffering from nasal congestion, making it difficult for him to breathe. So far, no explanation has been given regarding the nature of his illness. The Pakistan Cricket Board has issued no statement in this regard. It may be recalled that Shahnawaz Dhani made his T20I debut in the recent series against Bangladesh. He has so far taken two wickets in 2 T20 International matches, while Dhani has taken 32 wickets in 18 matches so far in ODIs. Earlier, Test cricketer Abid Ali suffered a heart attack during a domestic match, after which he was given two stunts. 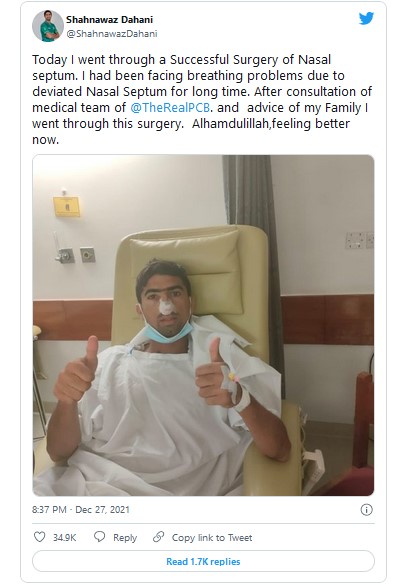