After taking the wicket of Harris Rauf celebration went viral on social media in a unique way. The fast bowler of the national cricket team who became famous for his aggressive bowling in the Big Bash League, Harris Rauf, who represents the Melbourne Stars in the Big Bash League, first wiped the Perth Scorchers’ player’s hands with a sanitizer after dismissing Patterson and then took the mask out of his pocket.

The Melbourne Stars have also shared a video of their celebration on the social networking site Twitter. Just a few days ago, Harris Rauf made an incredible catch on the boundary in the Big Bash League. Haris Rauf has represented Pakistan in 8 ODIs and 32 T20 Internationals. While in 2020 he played his debut match in both formats. Apart from Fakhr Zaman, Shadab Khan, Haris Rauf and Mohammad Hasnain are representing Sydney Sixers, Melbourne Stars, and Sydney Thunder in BBL. 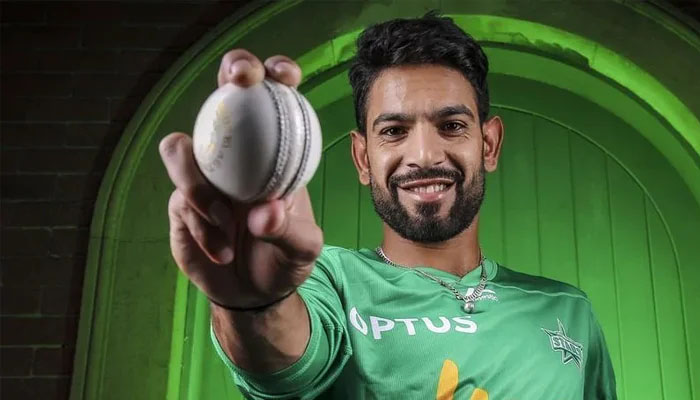