In the 17th match Qalandars vs Sultan of the Pakistan Super League (PSL), Lahore Qalandars broke the illusion of Multan Sultans being undefeated. In the match played at Gaddafi Stadium Lahore, Multan Sultans captain Muhammad Rizwan decided to field first after winning the toss. Batting first, Qalandars scored 182 runs till the end of 20 overs.

In pursuit of the target, Multan Sultans’ entire team could not play even 20 overs and in just 19.2 overs, I was all out for 130 runs. Khushdal Shah remained prominent by scoring 22 runs. Haris Rauf, Zaman Khan, Rashid Khan, and Shaheen Afridi took 2 wickets each for Lahore Qalandars. Earlier, Qalandars scored 182 runs in the first innings in which Fakhr Zaman and Kamran Ghulam shared 86 runs for the second wicket. Both the players were prominent by scoring 60 and 42 runs respectively. Middle-order batsman Mohammad Hafeez also appeared in the aggressive form at home ground. He played an innings of 43 runs, the former captain’s innings included 3 sixes and a four. 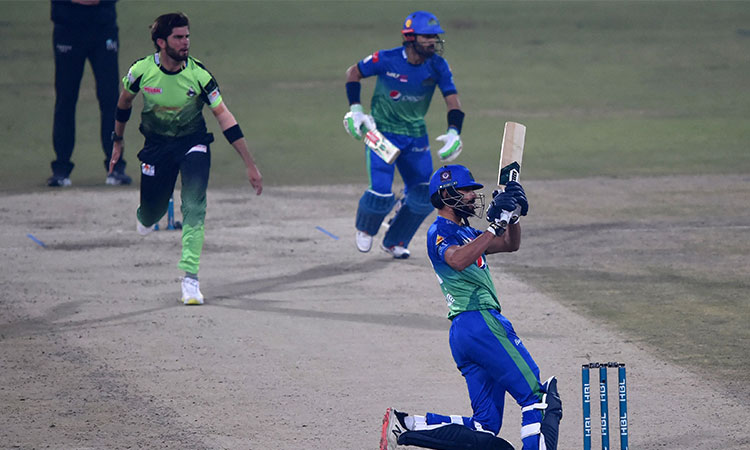 For Multan Sultans, Shahnawaz Dhani took two wickets while Anwar Ali and Imran Tahir took one wicket each. It should be noted that this is the first defeat in the event of defending champion Multan Sultans under the leadership of Mohammad Rizwan.