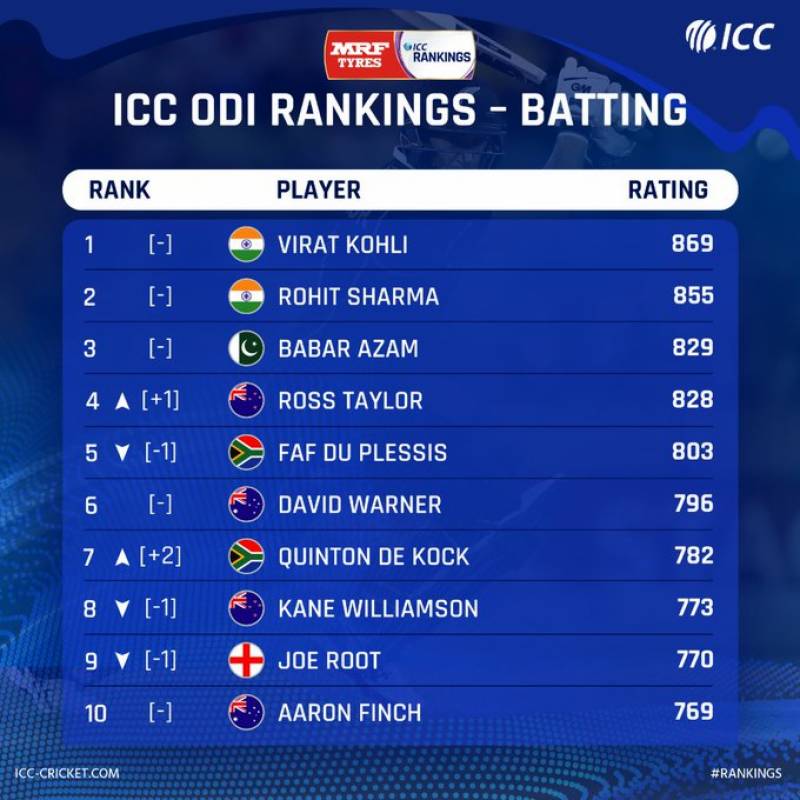 After scoring two centuries in the ODI series against Australia, Babar Azam’s first position in the ICC rankings has been strengthened. Imam-ul-Haq, the top scorer of the series with 298 runs, also got a big prize. Former India captain Virat Kohli retains the second position in the rankings. Opening batsman Fakhar Zaman is at number twelve. Among bowlers, New Zealand’s Trent Bolt is number one and England’s Chris Vokes is number two. Fast bowler Shaheen Shah Afridi also made an entry in the top ten. Shaheen moved up eight places to seventh.