In the ninth match of the seventh edition of the Pakistan Super League, Lahore Qalandars defeated Peshawar Zalmi by 29 runs. Fakhar Zaman, the opener of the winning team, played an important role in the victory by scoring the third consecutive half-century in the event. This is the second victory of Lahore Qalandars in the third match of the event.

In pursuit of the target, Peshawar Zalmi’s team managed to score only 170 runs for the loss of 9 wickets in the stipulated 20 overs. Akmal tried to support Peshawar Zalmi by forming a 62-run partnership with Hussain Talat. But he too returned to the pavilion with an individual score of 41. His 24-ball innings included 4 fours and 2 sixes.

Hussain Talat was dismissed for 15 but on this occasion, Peshawar Zalmi was taken over by Haider Ali. He continued to score with a strike rate of 144 but could not find significant support from the other end of the crease. The young batsman was dismissed for 49 runs with 3 sixes and 3 fours. As soon as Haider Ali, who did not complete his half-century due to lack of a score, returned to the pavilion. All hopes of Peshawar Zalmi were dashed and the entire team could score only 170 runs for the loss of 9 wickets in the stipulated 20 overs.

Meanwhile, Sherfin Rutherford 21, Ben Cutting 10, Shoaib Malik 7. While Arash Ali Khan and Wahab Riaz returned to the pavilion without opening an account. Zaman Khan got three wickets while Shaheen Shah Afridi and David Wise got two wickets each. Batting first, Lahore Qalandars scored 199 for 4 in the allotted 20 overs at the invitation of Peshawar Zalmai. Opener Fakhar Zaman along with Abdullah Shafiq took the offensive line as soon as he took the crease and established an initial partnership of 94 runs to give the Lahore Qalandars a solid start in the match. 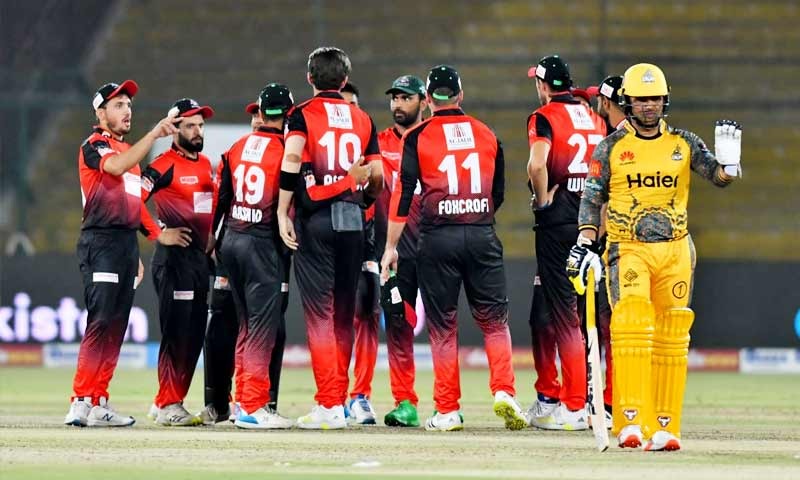 Fakhar Zaman played 66 runs off 38 balls with 6 fours and 3 sixes. Abdullah Shafiq scored 41 runs with the help of 3 fours and 2 sixes. Returning to the pavilion of both the openers, veteran batsman Mohammad Hafeez scored an unbeaten 37 off 19 balls with a strike rate of 194. Kamran Ghulam scored 30 runs to move the scoreboard forward. In the end, Rashid Khan scored 22 not out off 8 balls with the help of three sixes to take the score to 199. Salman Irshad took two wickets while Hussain Talat and Usman Qadir took one wicket each.