In the ninth match of the seventh edition of the Super League (PSL), Lahore Qalandars gave Peshawar Zalmi a target of 200 runs to win. In the match being played at the National Stadium in Karachi, Zalmi’s captain Wahab Riaz won the toss and invited the Lahore Qalandars to bat first.

Lahore Qalandars scored 199 runs for the loss of 4 wickets in the stipulated 20 overs. Fakhr Zaman remained prominent by scoring 66 runs. Lahore’s innings got off to a great start with an excellent 94-run partnership between opener Fakhar Zaman and Abdullah Shafiq, but Abdullah was dismissed for 41. 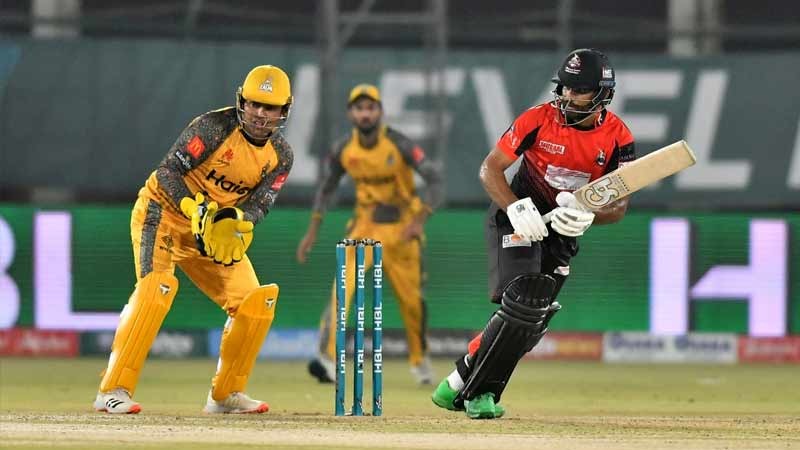 Qalandars had to bear the second loss in the form of setter Fakhar Zaman. He returned to the pavilion with 66 runs while Kamran Ghulam scored 30 runs. Thanks to the aggressive batting of Muhammad Hafeez and Rashid Khan in the final overs. Lahore scored 199 runs for the loss of 4 wickets in the stipulated 20 overs. Earlier, on the occasion of toss, Wahab Riaz said that he decided to bowl because of the Dave factor. Dave’s factor is increasing in second bowling.