Many players will miss the county championship matches this week

Pakistan fast bowlers Shaheen Shah Shah Afridi, Hassan Ali, Mohammad Amir, and wicketkeeper-batsman Mohammad Rizwan will miss the county championship matches this week. Fast bowlers Shaheen Afridi and Hassan will spend time on the bench this week as Middlesex and Lancashire have decided to rest their foreign pacers while Harris Rauf will return to the field after recovering from a side injury. Many players will miss the county championship matches.

Many players will miss the county championship matches this week

Harris Rauf did not bowl in the second innings of the previous match and Yorkshire did not play against Essex, but he was included in the 12-man squad for the match against Lancashire starting this Thursday. On the other hand, Mohammad Rizwan is not available for the next match against Leicestershire due to personal commitments. Fast bowler Mohammad Amir, who is returning to red-ball cricket after three years, has a hamstring problem and will not play in Gloucestershire’s match against Somerset. 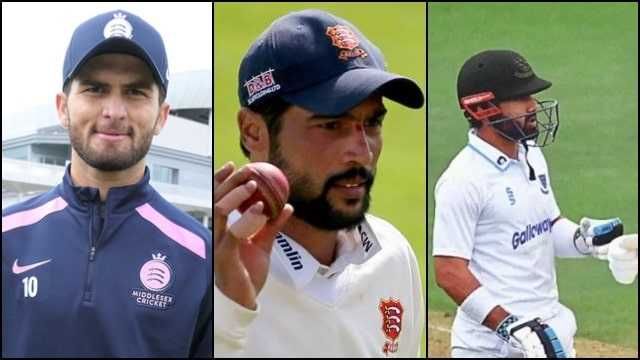 A statement from the club said: “After joining Gloucestershire for many years, he needs to rest after being away from red-ball cricket and having a large number of overs in a short time. Gloucestershire is considering Amir for the upcoming championship matches against Kent and Lancashire.