The Multan Sultans have played their second match today under the captaincy of star cricketer Muhammad Rizwan while Lahore Qalandars played their first match of the tournament with Shaheen Shah Afridi as their captain. Multan Sultan defeated Lahore Qalandars by 5 wickets in the third match of Pakistan Super League (PSL) the seventh edition at National Stadium in Karachi on Saturday.

The match swung like a pendulum as Sultans required 16 off the last over when Khushdil Shah hit three fours and a six to Harris Rauf in the last over. For a large part of their innings, Muhammad Rizwan’s Sultans were in control of the run chase.

Shan and Rizwan made 83 off 50 (14 fours and a six) and 42-ball 69 (six fours and three sixes) respectively and put together the highest partnership for any wicket for Multan to set the platform to surmount a mammoth target of 207. Playing first, Lahore Qalandars set a target of 207 runs for Multan Sultans. Lahore Qalandars openers Fakhar Zaman smashed 76 runs on 35 balls and was caught by Imran Khan while Abdullah Shafiq scored 24 runs on 22 balls and got out. Mohammad Hafeez was sent back to the pavilion after hitting 16 runs on 12 balls. Kamran Ghulam also returned to the pavilion on the ball of David Willey after hitting 43 runs on 31 balls.

Shahnawaz Dahani claimed the wicket of Ben Dunk on the first ball of the last over of the inning. David Wiese and Rashid Khan remained not out and concluded the inning for Lahore Qalandars at 206/5. 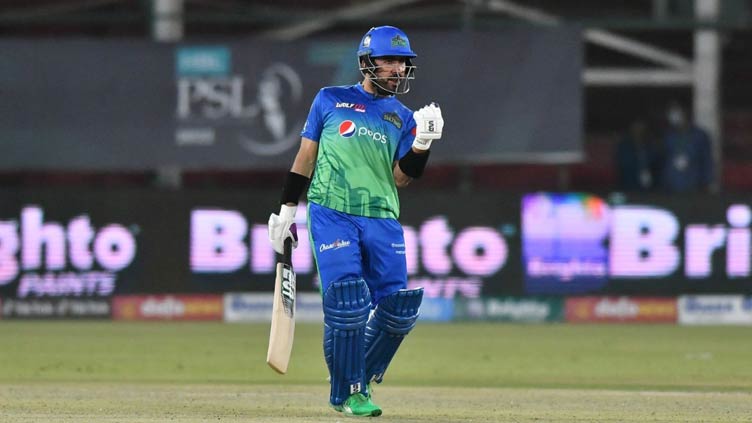