The winning team’s captain Mohammad Rizwan along with his form top order Riley Russo and Shaun Masood scored brilliant half-centuries and scored the first of this edition while the second largest collection in the history of the league. Following the runs, Quetta Gladiators’ batting line-up completely failed and the entire team piled up 128 runs. Quetta Gladiators’ seven batsmen could not even enter the double figures. Middle-order batsman Umar Akmal remained prominent by scoring 50 off 23 balls with six sixes and two fours. The other two batsmen who entered the double figures, Jason Roy scored 38 and Sarfaraz Ahmed scored 17 not out.

Multan Sultans’ David Wiley, Shahnawaz Dhani, Khushdal Shah, and Asif Afridi took two wickets each. Imran Tahir took one wicket. Earlier, Multan Sultans had scored 245 runs for the loss of 3 wickets in the stipulated base overs thanks to half-centuries of all three form-top orders. This is the second-largest total in the history of HBL PSL. Islamabad United had scored 247 runs for the loss of 2 wickets against Peshawar Zalmi in the last edition. Which is by far the largest collection of any team in the history of the league. 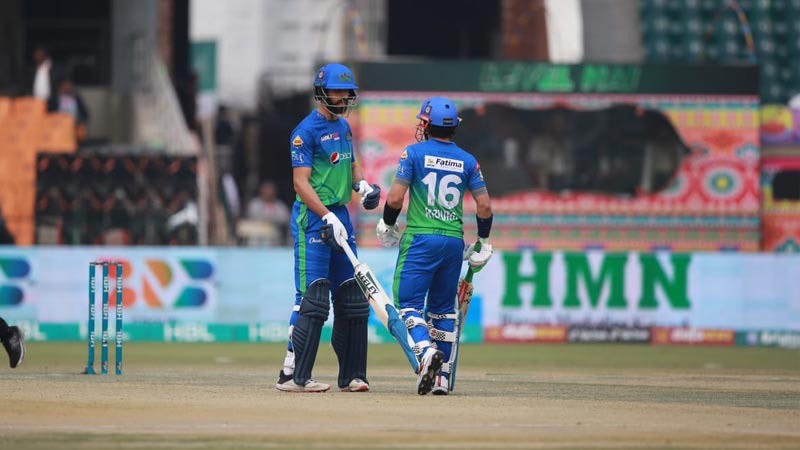 The duo of captain Mohammad Rizwan and Shan Masood gave the winning team a good start of 119 runs and laid the foundation of the big collection. Wicketkeeper-batsman played unbeaten innings of 83 off 54 balls with seven fours and three sixes. Shan Masood scored 57 runs with the help of one-six and six fours from the strike rate of 150. However, South African batsman Riley Russo cut.

He played lightning-fast innings of 71 off 26 balls with a strike rate of 273. His innings included 9 fours and 4 sixes. Mohammad Irfan, Naseem Shah, and Ghulam Mudassar took one wicket each. It should be noted that the second match of the Pakistan Super League will be played today between Lahore Qalandars and Karachi Kings.