Pak defeated WI in a thrilling match. In the second match of the three-match series against West Indies, Pakistan defeated the visiting team by nine runs after a thrilling contest to take an unbeaten lead of 0-2 in the series. The national team captain, Babar Azam, decided to bat first after winning the toss in the match being played at the National Stadium Karachi. Pakistan managed to score 173 runs in the stipulated 20 overs.

PAK defeated WI with lead of 0-2 in the series

In pursuit of the target, Brandon King played an aggressive game for West Indies and played an innings of 67 runs in which he included six fours and three sixes. Other players include Shai Hope 1, Sharmarh Brooks 10, Captain Nicholas Pooran 26, Odin Smith 12, while Dominic Drakes and Hayden Walsh were out without scoring a run. For Pakistan, Shaheen Shah Afridi took three wickets. Mohammad Nawaz and Mohammad Wasim Jr. took one wicket each. 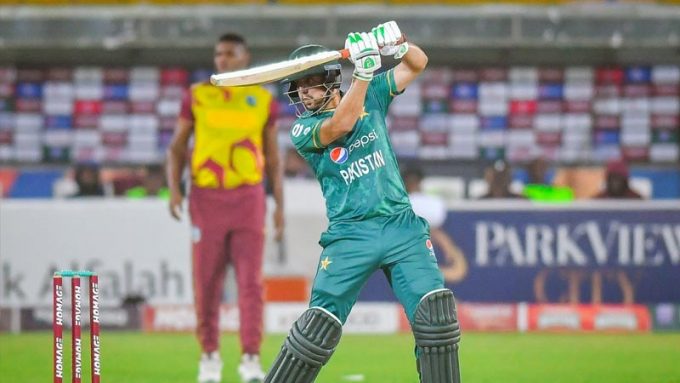 When the national team started the innings, captain Babar Azam failed again and returned to the pavilion after scoring only seven runs. Mohammad Rizwan once again played a responsible game. He scored 38 runs while Iftikhar Ahmed played an aggressive 32-run innings off 19 balls in the match’s closing moments. Young Haider Ali was 31. Shadab Khan scored an unbeaten 28 to take the team’s score to 172. For West Indies, Odin Smith took two wickets. While Hayden Walsh, Aqeel Hussain, Romario Shephard, and Oshane Thomas took one wicket each.