Pakistan bowled out five Australians for 232 runs | PAK vs AUS

By the end of the first day of the Lahore Test, Pakistan had bowled out five Australians for 232, with Shaheen Shah Afridi and Naseem Shah taking two wickets each. Usman Khawaja and Steve Smith scored half-centuries. The third and final Test against Pakistan and Australia began on Monday at the Gaddafi Stadium in Lahore, where the visitors won the toss and elected to bat. Both were dismissed by Shaheen Shah Afridi in the same over.

After losing the first two wickets, the Australian team took over and a partnership of 138 runs was formed between Usman Khawaja and Steve Smith. Smith scored 59 runs and fell victim to Naseem Shah. Australian opener Usman Khawaja fell victim to the nervous nineties and caught Babar Azam off Sajid Khan’s ball for 91. Travis Head was also caught by wicketkeeper Muhammad Rizwan off Naseem Shah’s ball for an individual score of 26. 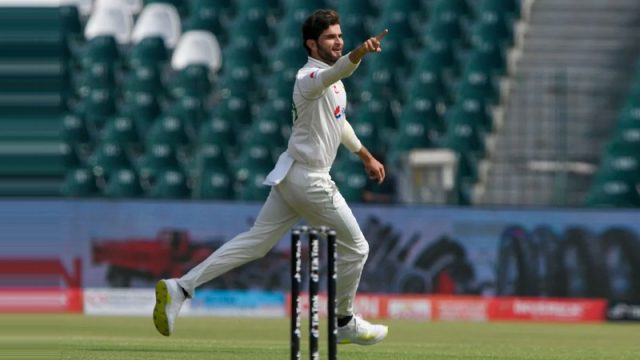 At the end of the first day’s play, Australia scored 232 runs with 5 players out. Shaheen Shah Afridi and Naseem Shah got 2, 2 while Sajid Khan got one wicket. Both the Test matches between Pakistan and Australia were played in Rawalpindi and Karachi. The pitch of Rawalpindi was declared defective. I was successful.