In the league round of the U-19 Asia Cup, Pakistan defeated India by two wickets after a thrilling match. In the match played in Dubai, the traditional rivals were Pakistan and India. The national under-19 cricket team Qasim Akram, the captain, won the toss and decided to field against India.

Batting first, the Indian team was out for 237 runs in 49 overs. The national team did not have a good start in pursuit of the target. Opener Abdul Wahid Bangalzai was dismissed without scoring a run. Middle-order batsman Mohammad Shehzad played a responsible innings for Pakistan. He scored 81 runs with the help of 5 sixes and four fours and was run out by luck.

Among other batters, Moaz Ahmed Sadaqat (29), Haseebullah (3), captain Qasim Akram (22), Rizwan Mahmood (29), and Mohammad Irfan Khan (32) were all dismissed. In the closing moments of the match, Ahmed Khan played an aggressive inning of 29 runs off 19 balls.  Rajangad Bawa took two wickets for India while Nishat Sindhu and Raj Vardhan Hungargikar took one wicket each. Earlier, the Indian team batted first and put up a total of 237 runs on the board. 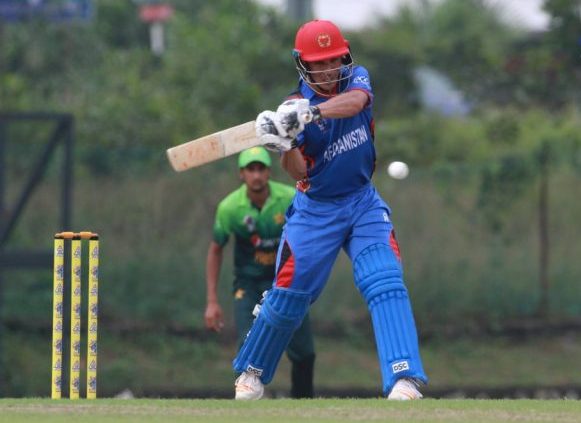