Test cricket between Pakistan and Australia started from the National Stadium in Karachi when the Australian cricket team visited Pakistan for the first Test series in 1956-57. Pakistan won the Test match unexpectedly by 9 wickets and made a victorious start to Test cricket against Australia.

Australia was captained by all-rounder Ian Johnson and Pakistan captain Abdul Hafeez Kardar. Only one Test match was played in the series. Pakistan won the only Test at the National Stadium by 9 wickets. Pakistan fast bowler Fazal Mahmood destroyed the meeting wicket. Who bowled and destroyed the Australian batting line.

Compared to Pakistan, the Australian team was very strong which included Neil Harvey, Richie Benoit, Alan Davidson, Colin McDonald, Keith Miller, and Ray Lindwall. The Australians were bowled out for 80 in the first innings by Fazal Mahmood’s devastating bowling, which is still the lowest score of any team on this ground.

Opener Hanif Mohammad was hit by Keith Miller without scoring a run. The 35-run campaign players were out. At this critical juncture, Wazir Mohammad and Abdul Hafeez Kardar strengthened the team’s position by scoring a valuable 104 runs for the sixth wicket partnership. Kardar played brilliant innings of 69 and Wazir Muhammad 67 runs. The elder brother of Muhammad’s brothers, Wazir Muhammad has recently passed away in Karachi. Pakistan was bowled out for 199 runs. Australia’s Ian Johnson took four wickets. 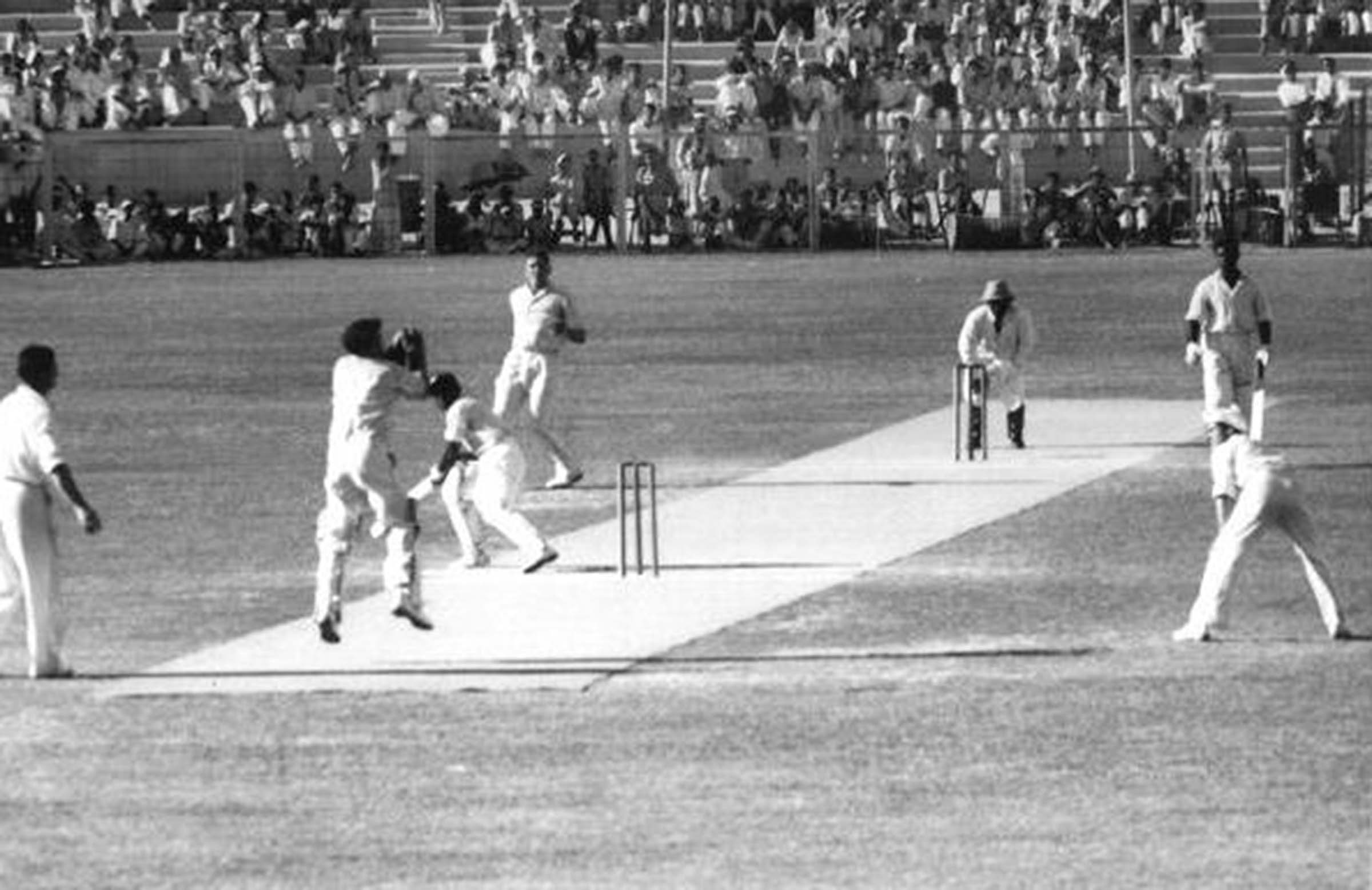 Pakistan had a 119-run lead over the visitors in the first innings. Australia’s start of the second innings was no different from the first innings. Fazal Mehmood was furious with the batsmen. He took the first five players to the pavilion for 47 runs. Australia’s innings defeat seemed certain. Ron Archer, Richie Benoit, and Alan Davidson put up some resistance and supported the team’s sinking boat. Richie Benoit scored 57, Alan David Sun 37, and Archer 27 to take the score to 187 and give Pakistan a target of 69 for victory. Fazal Mehmood gave away 80 runs for 7 and Khan Mohammad took 3 wickets. Pakistan completed the target at a loss of one wicket and won the Test match and the series. Pakistan’s Gul Mohammad (27) and Aleemuddin (34) remained unbeaten.

Hanif Mohammad could score only five runs. Fazal Mahmood bowled out 13 players for 114 runs and was declared the hero of the match which despite the passage of so long is still the best bowling performance of a bowler in a Test match by both teams. Neil Harvey is the only player still alive to represent Australia in this first Test.

Batsman Babar Azam said that, “I feel proud to be Pakistani”.