The Australian cricket team came to Pakistan for a test series in 1994 under the leadership of Mark Taylor for a three-Test series. It had a golden opportunity to win the first Test match of the series in Karachi. The match was won by one wicket due to a four by a bye.

Michael Bevan made his debut in this match. Batting first, Australia scored 337 runs with the help of Beyonc 82 Steve Waugh 73 Haley 57 Slater 36s. Pakistan’s Wasim Akram Wafar and Mushtaq Ahmed took three wickets each. In reply, despite a good opening partnership of 90 runs, the Pakistani team was bowled out for 256 runs. Aamir Sohail (85), Wasim Akram (39), Saeed Anwar (36), and skipper Saleem Malik (26) were the top scorers. The visiting team had an 81-run lead in the first innings but in the second innings, the duo of Wasim Akram and Waqar Yens did not allow the Australian batting line-up to play and the team piled up 232 runs.

Eight players of the visiting team could not enter the double digits. David Bone’s 114 Mark W61 Michael Slater 23 runs was the fourth-highest score of the extra 16-run innings. Wasim got five wickets and Waqar got four wickets. Pakistan had a target of 314 runs to win. Saeed Anwar and Aamir Sohail gave Pakistan a strong lead but after Aamir Sohail was run out, Shane Warne and Joe Jigal created difficulties for the host team. Stay Seven players had returned to the pavilion for 184 runs and the clouds of defeat were hovering over Pakistan. Saleem Malik 43, Saeed Anwar 77, Aamir Sohail 34 runs were scored. At this stage, Inzamam-ul-Haq showed perseverance and added a valuable 52 runs in the eighth wicket partnership with Rashid Latif. Shane Warren was getting harder to play and the light was getting dimmer. 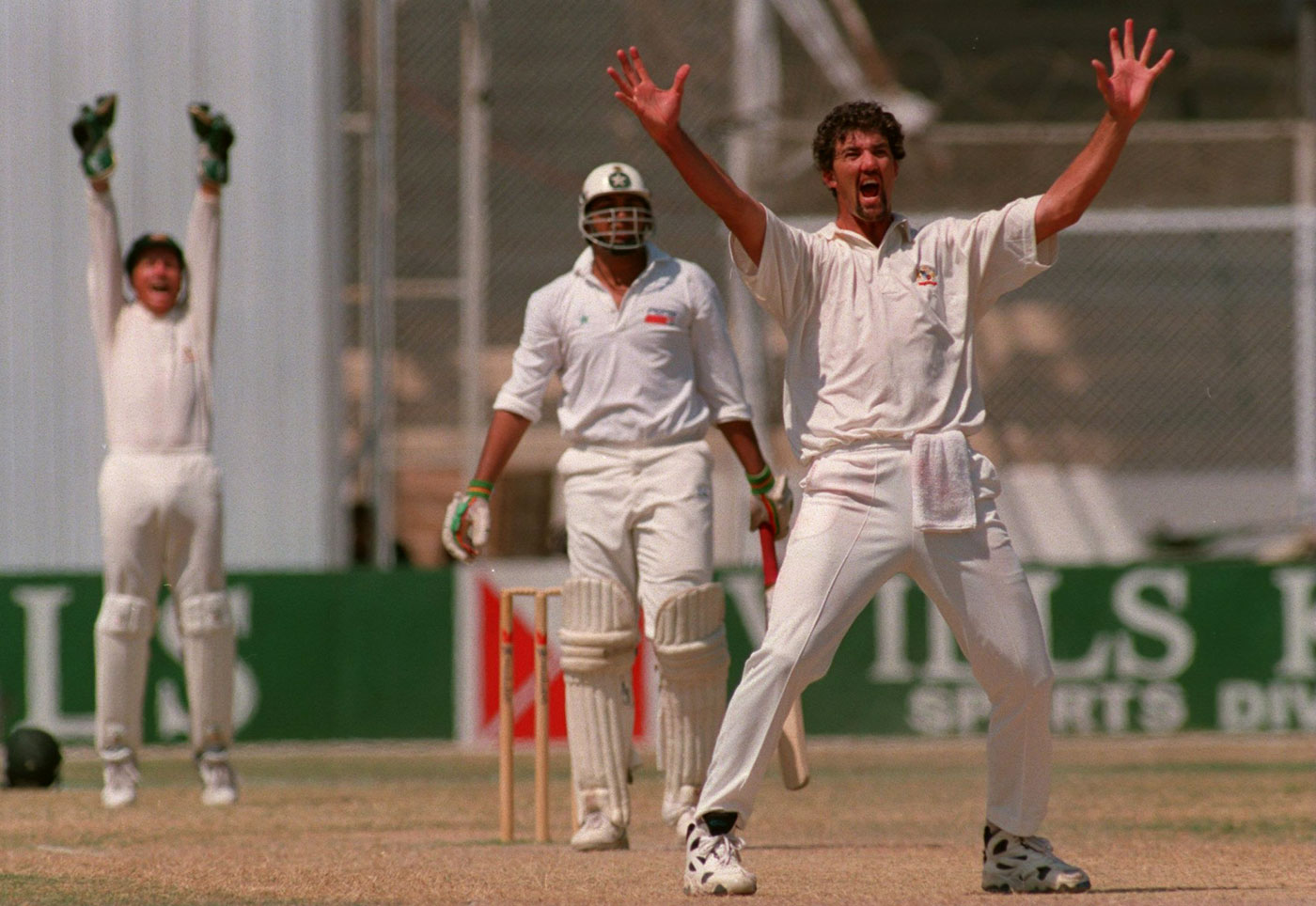 Waqar Younis then joined the merger and raised the score to 258. The victim fell victim to Shane Warren. Pakistan needed 56 runs to win the match while Australia needed just one wicket. At this critical juncture, Mushtaq Ahmed teamed up with Inzamam-ul-Haq against the Australian bowler and kept increasing the score. Pakistan needed three runs. Inzamam-ul-Haq was facing Shane Warren. He tried to throw a Shane Warren ball out of the crease and out of bounds but he failed and the boundary was crossed with a spinning ball Pakistan won the match after a thrilling contest due to these four. If the ball had fallen into the hands of Ian Haley, Inzamam-ul-Haq would have been definitely stumped out, but Haley could not see the ball due to the heavy size of Inzamam.