Aamir Khan said now it is time to take off my gloves. “I am proud of my 27-year boxing career,” said Aamir Khan.

The Pakistani-born boxer said that he was grateful to his fans, friends, and family. In his Twitter message, he added: 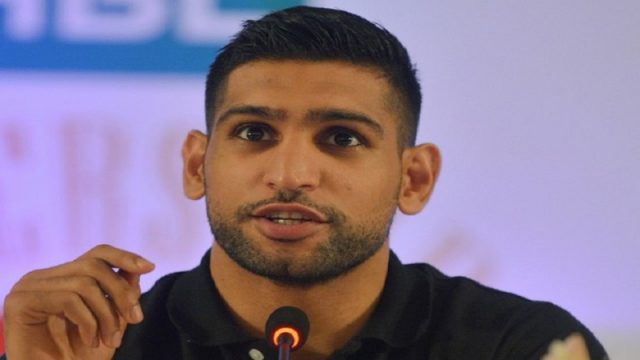 Aamir Khan had hinted at retirement after losing a fight with rival Kyle Brook in February this year. After the defeat, Aamir Khan said I have always said that I do not want boxing to retire me but I will retire from boxing. Aamir Khan further said I think I have achieved more than expected in the boxing ring. I now want to spend time with my children and family.