The Pakistani women cricket team defeated the Sri Lankan women’s team by seven wickets in a match played at the South End Cricket Club in Rachi. Ayesha Naseem played an essential role in the team’s success with 45 runs on which she was declared Man of the Match. Sri Lanka won the toss and elected to bat first, giving Pakistan a target of 103 for six.

Hussaini Perera stood out for Sri Lanka with 35 runs, Neelakashi de Slo scored 21, and Harashita Madavi 16 runs. In addition, no Lincoln player could enter the double figures. Anam Amin, Nada Dar, Fatima Sana, Ayman Anwar, and Zoba Hassan took one wicket each. Batting first, Pakistan achieved the target on the first ball of the 18th over and scored 104 runs for the loss of 3 wickets.

For Pakistan, Ayesha Naseem was the standout with 45 off 31 balls, followed by captain Bismillah Maroof (22), Muneeb Ali (17), and Aram Javed (11). Pakistan has won the first two matches of the three-match T20 series. The third and final T20 will be played on Saturday in which case Pakistan will make a clean sweep in the series. 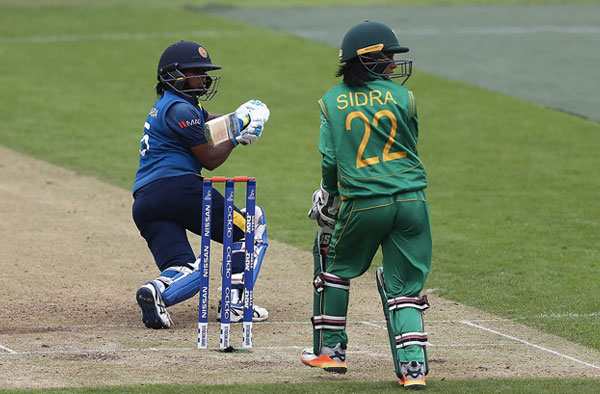