In pursuit of the target, Islamabad United opener Rehmanullah Garbaz gave Islamabad United an aggressive start by playing excellent innings of 46 off 19 balls with a strike rate of 242 runs with the help of five sixes and three fours. He shared a 54-run partnership with Mubashir Khan. Returning to his pavilion, Azam Khan took command of the batting of Islamabad United and rained six fours on all four sides of the field but he too could not give victory to his team.

Azam Khan played an innings of 85 off 45 balls with a strike rate of over 188 with seven sixes and six fours. Islamabad United needed 22 runs in the last over to win but Musa Khan and Merchant de Lange could score only 11 runs off the last six balls of the match. Salman Irshad of Peshawar Zalmi bowled brilliantly and showed the way to the pavilion to three players for 29 runs. Captain Wahab Riaz took two wickets. 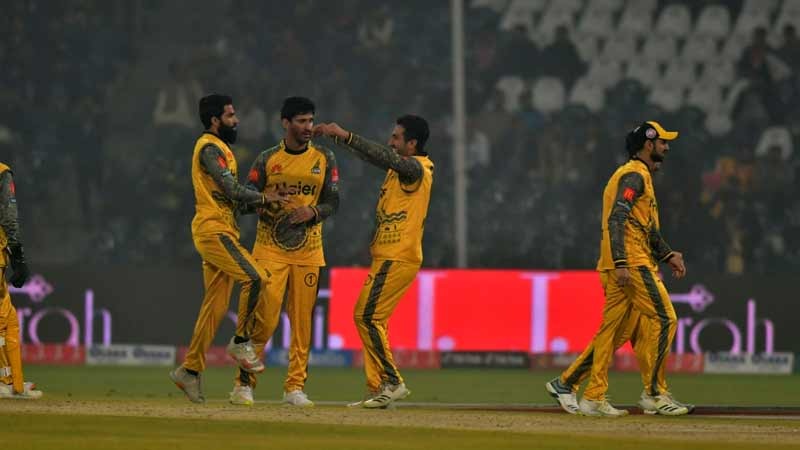 In the match played at Gaddafi Stadium Lahore, Peshawar Zalmi batted first and scored 206 runs for the loss of 8 wickets in the stipulated 20 overs thanks to an aggressive half-century by Muhammad Haris. Young opener Mohammad Haris played an electrifying inning of 70 off 32 balls. His innings included five sixes and seven fours. Veteran all-rounder Shoaib Malik (38) and Yasir Khan (35) stood out. Faheem Ashraf got three wickets while Waqas Maqsood got two wickets.