In the second match of the seventh edition of the Pakistan Super League (PSL), Quetta Gladiators gave Peshawar Zalmi a target of 191 runs. In the match being played at National Stadium Karachi, Peshawar Zalmi’s vice-captain Shoaib Malik decided to field first after winning the toss. Batting first, the Gladiators played aggressively and scored 190 runs in the allotted 20 overs.

Quetta Gladiators openers gave a great start and formed a partnership of 155 runs, opener Ehsan Ali scored 73 runs while Ben Duckett scored zero and Iftikhar Ahmed scored 8 runs. Gladiators’ young opener Will Smith played 97 innings off 59 balls, including 11 fours and 4 sixes. Usman Qadir and Samin Gul took two wickets each for Peshawar. On the other hand, Peshawar Zalmi’s team will not be able to get along with captain Wahab Riaz, Kamran Akmal, Arshad Iqbal, and Hazratullah Zazai due to suffering from cowardice. Similarly, Quetta Gladiators will not get the services of all-rounder Shahid Afridi. Shoaib Malik is leading the team as Peshawar Zalmai captain Wahab Riaz has been knocked out. 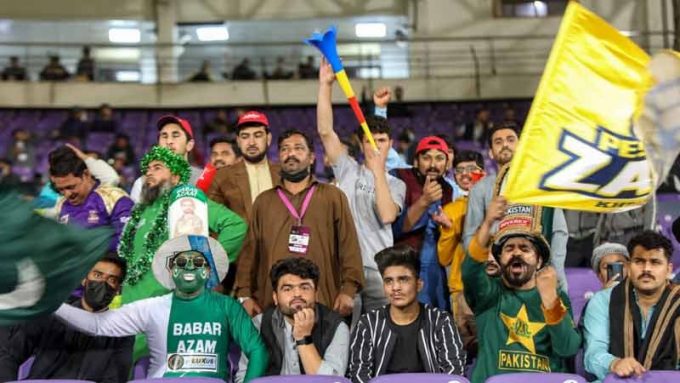 It may be recalled that Multan Sultans had defeated Karachi Kings by 7 wickets in the opening match of the seventh edition of PSL.