Ronaldo and David Beckham finished sixth in the Commonwealth Games cycling competition. You are also wondering that these two are footballers, then where did they get compared to cycling? So don’t worry, it’s not Ronaldo and David Beckham that you’re thinking of, but these are two Indian cycling team players who share the same names as these two great footballers. In the Commonwealth Games, these two Indian players have become the center of attention due to their namesakes of famous footballers.

David Beckham is a player of the England football team and Ronaldo of the Brazil football team and both of them are known all over the world, but the players of the Indian cycling team are also the same names as these two famous footballers. The airport authorities also got suspicious due to having the same name as famous footballers, which their passports were checked at the airport for a long time. Beckham said that when he arrived at the airport, the immigration officer said, “Is your name really David Beckham, you are not lying?” Then the authorities saw his ID and had to admit that my real name is David Beckham. 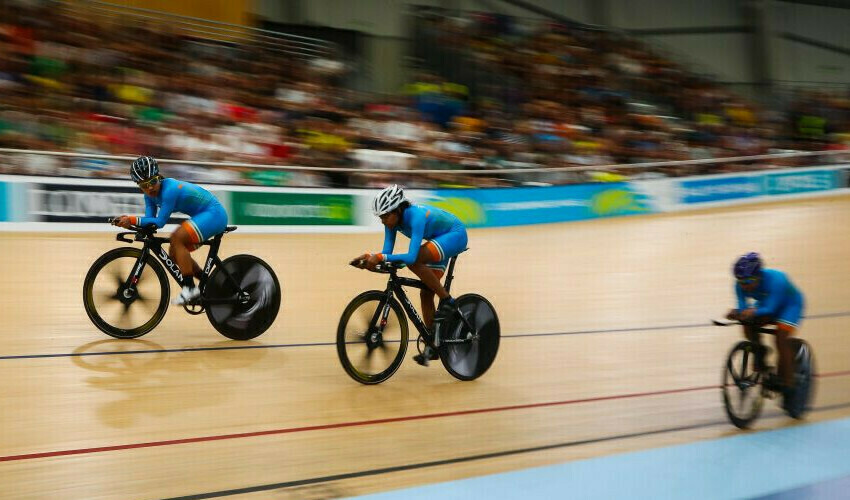 Beckham, who is competing in his first elite race event, said his father was a street footballer so he named me after the legendary English footballer. Ronaldo Singh while talking to the Indian newspaper The Hindu said that my father was called by my mother at the exact time when Ronaldo’s free-kick went into the goal and my father was told by my mother that she was going to the labor room for my birth. Ronaldo Singh said I think my father must have won some money in a bet on the match that day, maybe that’s why he named me Ronaldo.