The trophy was unveiled for the three-match T20 series between Pakistan and the West Indies. The trophy was unveiled at the National Stadium in Karachi and both teams’ captains. On occasion, captain Babar Azam said that West Indies is a good team in short format. But they will try to win all the matches by taking advantage of home ground and crowd.

Trophy unveiled at the National Stadium in Karachi

West Indies captain Nicholas Pooran said that the team was shocked by the positive results of three key players in the Cove-19 test. But hoped that the players would perform well against Pakistan. Earlier, Cricket West Indies had confirmed that three players and a coaching staff member had tested positive for the Covid-19. He had been isolated in a private hotel. On the other hand, T20 captain Caron Pollard had already withdrawn from the tour of Pakistan due to injury. It should be noted that the first match of the three-match T20 series will be played tomorrow at the National Stadium Karachi. 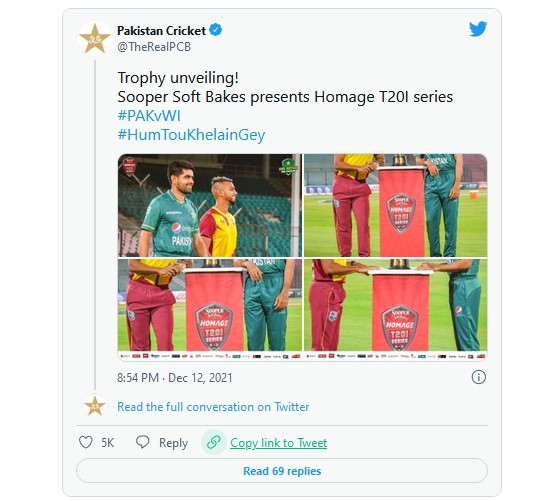