Waqar Younis has been inducted into the PCB Hall of Fame

Former Pakistan captain Waqar Younis has been inducted into the PCB Hall of Fame. On the third day of the third Test of the Beno Qadir Trophy, he received the cap and plaque and became part of the PCB Hall of Fame. He said that representing Pakistan was the fulfillment of his dream and he still remembers this moment and gets excited. He is grateful to the Board for giving him this award 19 years after his last international match.

Waqar Younis took 373 Test and 416 ODI wickets for Pakistan. He took more than 50 wickets against five teams in Test cricket. These teams include New Zealand, England, West Indies, Sri Lanka, and Zimbabwe. They also won the award in ODIs against four teams. These teams include Sri Lanka, New Zealand, West Indies, and South Africa. The Pakistan Cricket Board (PCB) has already assigned an enclosure at Gaddafi Stadium in Lahore to Waqar Younis for his outstanding services to Pakistan cricket. This is the ground where Waqar Younis has taken 29 wickets in 7 Test matches and 14 wickets in 12 ODIs.

Waqar Younis said that it is a matter of pride for him that he is standing in the line of great players like Abdul Qadir, Fazal Mahmood Hanif Mohammad, Wasim Akram, Javed Miandad, and Zaheer Abbas because of this honor. All these players are legends and history is full of everlasting stories of their services to cricket. The PCB Hall of Fame was inaugurated in April 2021 with the approval of the PCB Board of Governors. The aim is to honor the great cricketers in recognition of their services. 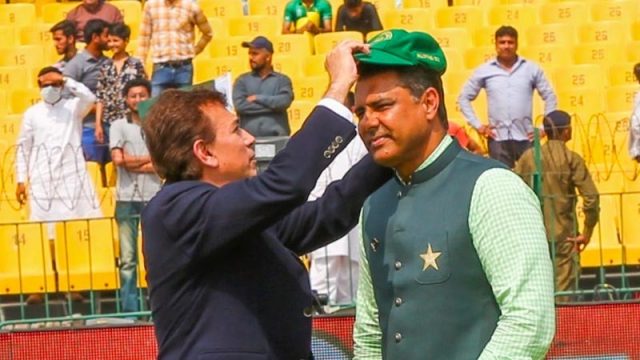