In the 23rd match of Pakistan Super League (PSL), Karachi Kings gave Multan Sultans a target of 175 runs to win. In the match being played at Gaddafi Stadium Lahore, Karachi Kings captain Babar Azam decided to bat after winning the toss. Also, in the allotted 20 overs, the Kings scored 174 runs for the loss of 6 wickets.

Captain Babar Azam and Sharjeel Khan started the innings for Karachi Kings but Babar lost the wicket by scoring only 2 runs. In the second wicket partnership, Joe Clarke and Sharjeel showed excellent batting and added 72 runs but Joe Clarke was dismissed for 40 runs. 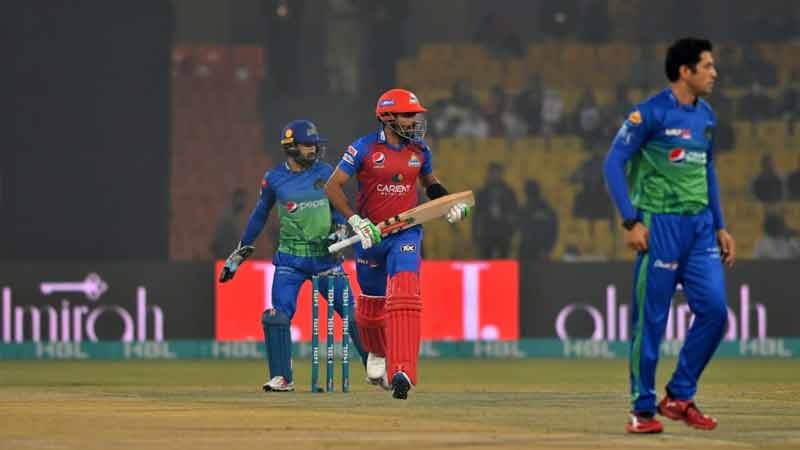 It should be noted that Karachi Kings have played seven matches in the event so far, in which they have lost. While Kings have also been knocked out of the knockout stage. On the other hand, Multan Sultans have secured first position in the points table by winning 6 out of 7 matches.