Australia once again set a big target of 300 against Pakistan

Australia once again set a big target of 300 against Pakistan, scoring 348 for 6 in the second ODI, McDermott scored a century, Travis Head, and LeBushin scored half-centuries. In the second match of the three-match series at the Gaddafi Stadium in Lahore on Thursday, Pakistan captain Babar Azam won the toss again and decided to bowl first which proved to be wrong again and Australia was bowled out for 348 for 6 in the allotted 50 overs.

Shaheen Shah Afridi had already sent Australian captain Aaron Finch to the pavilion in the over but the Kangaroos opener Travis Head once again batted aggressively and scored 89 off 70 balls, including five sixes and six fours in his innings. He shared a 162-run partnership with Ben McDermott. Ben McDermott made 104 off 108 balls with 4 sixes and 10 fours, LeBushin 59, and Stevens 49. For Pakistan, Shaheen Shah Afridi took 4 wickets and Mohammad Waseem took 2 wickets. Zahid Mahmood and Khushdal Shah took one wicket each. Following Australia’s 314 in the first ODI on Tuesday, Pakistan‘s entire team was bowled out for 225 in the 46th over, losing by 88 runs. 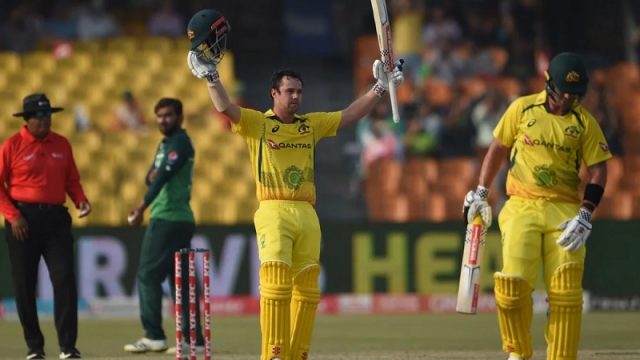