Younis Khan said in a Twitter message that he had long wanted to be Afghanistan’s coach and had been in talks with him since 2011 but now was the right time to work with the Afghan team. Earlier, Omar Gul was also selected as the bowling coach of the team by the Afghanistan Cricket Board. Younis Khan and Umar Gul have extensive experience in international cricket, and both specialize in their respective fields, said Naseeb Khan, CEO of the Afghanistan Cricket Board. 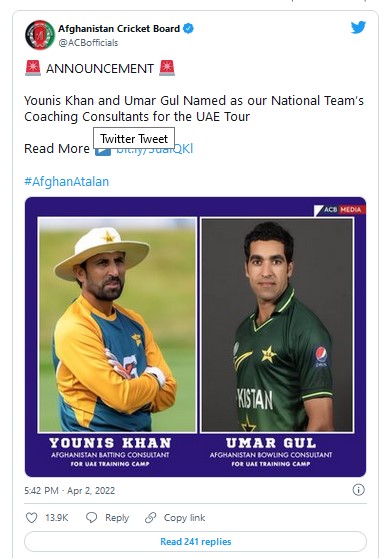