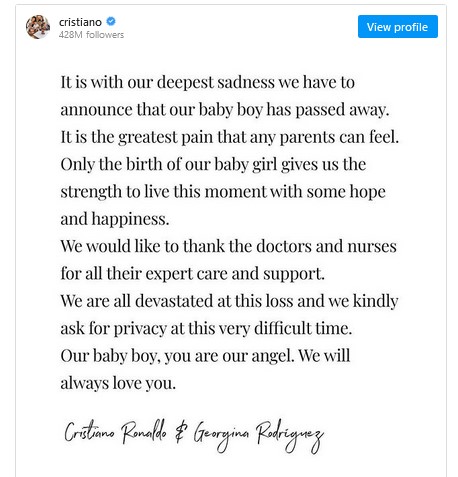 The Manchester United striker also revealed that the couple’s baby had not survived. Cristiano Ronaldo said on the social networking site. The striker said it was the biggest grief any parent could feel. Only the birth of our baby gives us the strength to live, and the baby’s life has encouraged us with some hope and joy.

“We are deeply saddened to announce that our baby has died.”

“We would like to thank the doctors and nurses for all their professional care and support. We are all devastated by this loss and we pray for privacy in this difficult time.

“Our child, you are our angel, we will always love you.”