Captain Babar Azam once again could not add any significance to the overnight score and lost the wicket by scoring 76 runs, similarly, Azhar Ali also managed to add 4 runs and was dismissed for an individual total of 56. On the third day of the Dhaka Test match, one over the game was not possible. 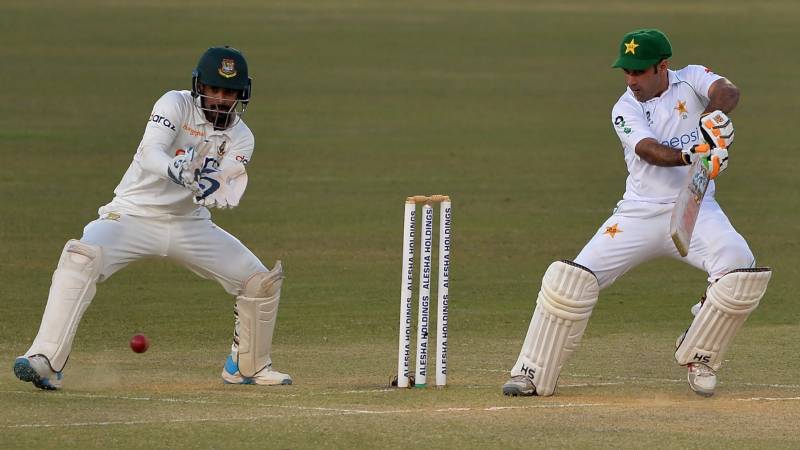