Pakistan Super League (PSL) team Islamabad United has appointed Azhar Mahmood as its new head coach. According to the Islamabad United management, head coach Johan Botha will not be available for the team this season as he is in Australia. 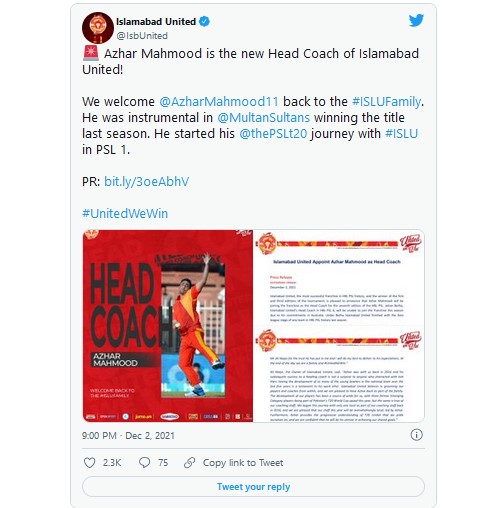