Squads and schedule announced for upcoming edition of National T20

The Pakistan Cricket Board (PCB) has announced the squads and schedule for the upcoming edition of the National T20. 6 teams will participate in the event while there will be a total of 18 matches including 30 group matches. The National T20 Cup will continue from August 30 to September 19, in which Khyber Pakhtunkhwa will defend its title. The National T20 will be played in two leagues, with the Rawalpindi Cricket Stadium hosting the first 16 of the 33 matches from August 30 to September 7.

Squads and schedule announced for upcoming edition of National T20

Here are the head coaches of the First XI teams for the domestic season 2022-23. 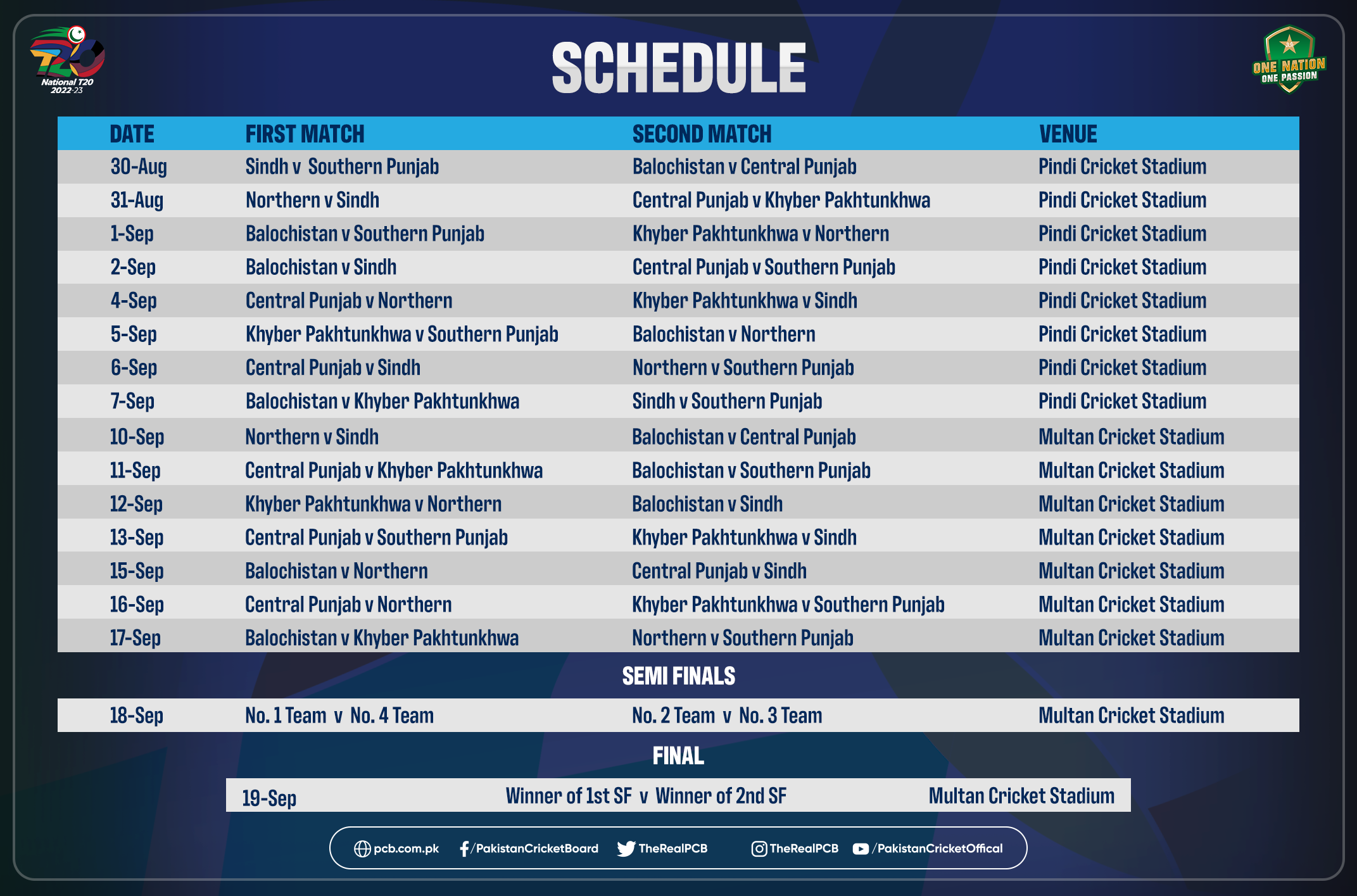