Najeebullah Zadran scored 43 runs and Ibrahim Zadran scored 42 runs while Rashid Khan and Mujeebur Rahman took 3 and 3 catches respectively. The match was played between the two teams at the Sharjah Cricket Stadium, before Bangladesh won the toss and elected to bat against Afghanistan. Batting first, Bangladesh scored 127 runs in 20 overs for the loss of seven wickets, with Mossadegh Hussain leading the way with 48 runs off 31 balls. Afghan team has also outclassed Sri Lanka in the first match of Asia Cup. 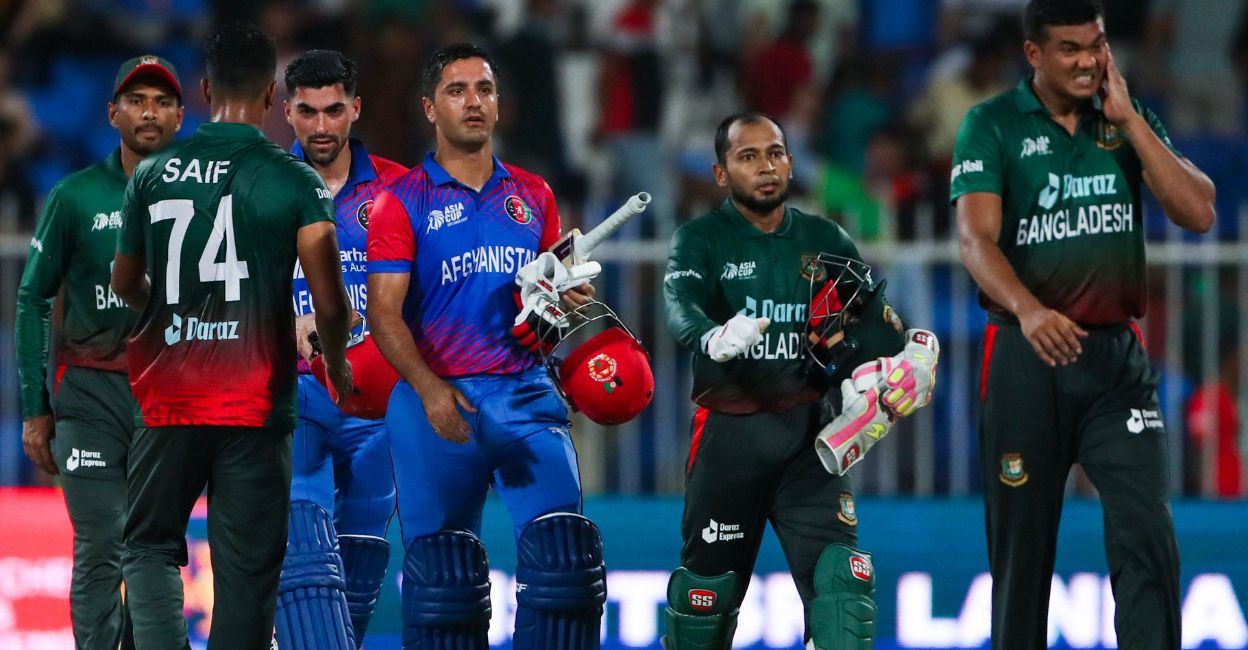